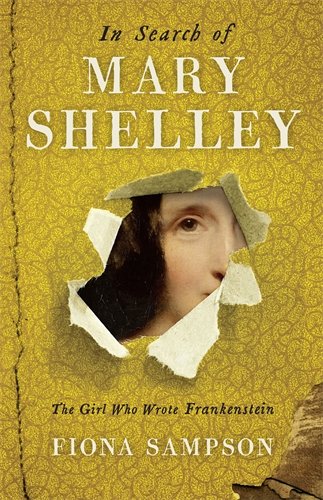 The poettrio experiment co-investigator Professor Fiona Sampson has written a new biography of Mary Shelley in time for the 200th anniversary of the publishing of Frankenstein. Published by Profile on 18th January 2018 in the UK, and by Pegasus in May 2018 in the US.

Read the publisher’s blurb below to get an idea of Shelley’s dramatic life. Pre order here:

Mary Shelley was brought up by her father in a house filled with radical thinkers, poets, philosophers and writers of the day. Aged sixteen, she eloped with Percy Bysshe Shelley, embarking on a relationship that was lived on the move across Britain and Europe, as she coped with debt, infidelity and the deaths of three children, before early widowhood changed her life forever. Most astonishingly, it was while she was still a teenager that Mary composed her canonical novel Frankenstein, creating two of our most enduring archetypes today.

The life story is well-known. But who was the woman who lived it? She’s left plenty of evidence, and in this fascinating dialogue with the past, Fiona Sampson sifts through letters, diaries and records to find the real woman behind the story. She uncovers a complex, generous character – friend, intellectual, lover and mother – trying to fulfil her own passionate commitment to writing at a time when to be a woman writer was an extraordinary and costly anomaly.

Published for the 200th anniversary of the publication of Frankenstein, this is a major new work of biography by a prize-winning writer and poet.

A ‘Poettrio’ is collaborative process between:

In our research we are working with Dutch and English poets who have been widely published, and language advisors who are experienced translators.

The poets are not experts in each others’ languages, though, the impact of English as a global ‘lingua franca’ means that the Dutch poets have (at least) conversational English.

The trio work together (in person) to translate source poems, with language advisor facilitating communication between the poets and assisting with language comprehension and choices.

The trio draw on a printed ‘interlinear’ text which is a line-for-line literal translation (as far as that is possible), giving explanations of culture-specific content if necessary.  The interlinears are produced in advance of the trio session by language advisors.

We filmed and recorded two weeks of trio translation workshops from English to Dutch (in Rotterdam) and Dutch to English (in Newcastle).

Using qualitative and quantitive methods we are investigating how trios translate in a workshop context, how the different roles function and how creative processes take place in trios.

We are aiming to build a rich ethnographic picture of how poet-advisor-poet workshops function.

We are also looking at how trios translate compared to solo poetry translators.