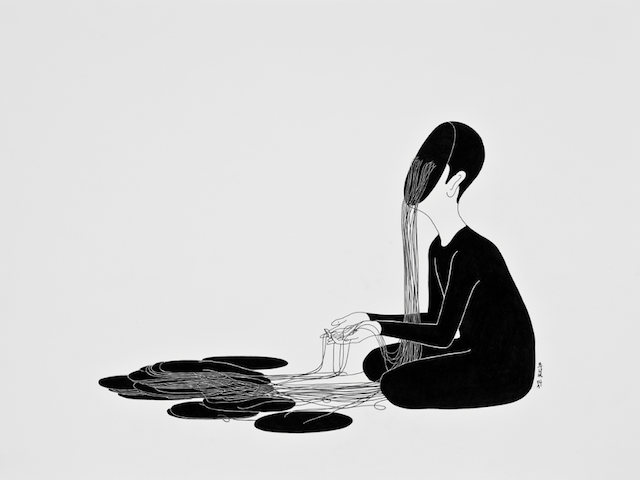 Poet Don Mee Choi discusses the myth of fluency and what happens when translation is allowed to be hysterical.

Don Mee Choi is a translator of feminist South Korean poet Kim Hyesoon—most recently of Sorrowtoothpaste Mirrorcream (Action Books, 2014), which was shortlisted for the 2015 PEN Award for Poetry in Translation. The author of The Morning News Is Exciting(Action Books, 2010), Choi has received a Whiting Writers Award and the 2012 Lucien Stryk Translation Prize. Her most recent works include a chapbook, Petite Manifesto (Vagabond Press, 2014), and a pamphlet, Freely Frayed, ?=q, Race=Nation (Wave Books, 2014). Her second book of poems, Hardly War, is forthcoming from Wave Books in April 2016.

In the following interview with Margins Poetry Editor Emily Yoon, Choi talks about the failing and afflailing tongue, the position of history and politics in translation, and the American tendency to insist on joy, among other things. Choi proclaims, “If you’re not already, you’ll soon be a junkie of Kim’s adorable, often bloody, rat, cat, pig, hole allegories of patriarchy, dictatorship, neoliberal economy, and neocolonial domination.” Read two of Don Mee Choi’s translations of Kim Hyesoon’s poems in The Margins. And look out for a series of essays and short reflections on Kim’s work later this week.

A ‘Poettrio’ is collaborative process between:

In our research we are working with Dutch and English poets who have been widely published, and language advisors who are experienced translators.

The poets are not experts in each others’ languages, though, the impact of English as a global ‘lingua franca’ means that the Dutch poets have (at least) conversational English.

The trio work together (in person) to translate source poems, with language advisor facilitating communication between the poets and assisting with language comprehension and choices.

The trio draw on a printed ‘interlinear’ text which is a line-for-line literal translation (as far as that is possible), giving explanations of culture-specific content if necessary.  The interlinears are produced in advance of the trio session by language advisors.

We filmed and recorded two weeks of trio translation workshops from English to Dutch (in Rotterdam) and Dutch to English (in Newcastle).

Using qualitative and quantitive methods we are investigating how trios translate in a workshop context, how the different roles function and how creative processes take place in trios.

We are aiming to build a rich ethnographic picture of how poet-advisor-poet workshops function.

We are also looking at how trios translate compared to solo poetry translators.